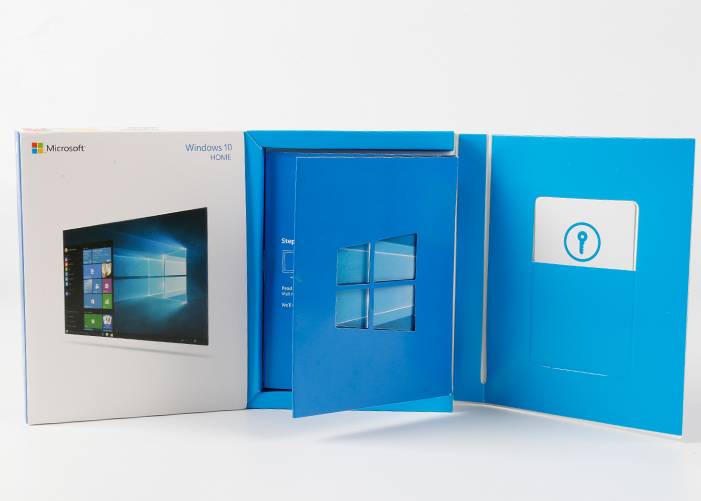 It’s what Windows 8 detractors have been clamoring for, and Microsoft has finally brought back the Start Menu. Now, when you click on the Start button at the bottom left of the screen, you get two panels side by side, with the left column showing pinned, recently and most-used apps.

Being lazy just got a lot easier. Windows 10 advanced features will bring Microsoft’s voice-controlled digital assistant Cortana to desktop computers, to make it easier for you to interact with your device without lifting a finger. You can even get Cortana to send an email while you’re working on a spreadsheet, making multi-tasking much easier.

You will soon be able to play any Xbox One game on your PC or tablet, with the Xbox app for Windows 10. The new operating system will support Xbox game streaming (through your home network), with improved speed and graphics performance thanks to DirectX 12 support.

Forget Internet Explorer. The long-derided browser will be replaced by the newly announced Project Spartan. New features include PDF support, a reading mode that improves the layout of long articles, and a new note taking feature.

A new Multiple Desktops feature lets you run another set of windows as if on another screen, but without the physical monitor. This is similar to Apple’s Spaces feature on OS X, and helps you manage your multitude of open windows and apps.

To make the transition across devices more seamless, Microsoft is introducing a new category of software called Universal Apps, which use the same code but adapt their interface to the device in your hand.

A new version of Office apps Word, Excel, PowerPoint and Outlook will provide a touch-first interface across phones, tablets and PCs. The persistent function ribbon at the top of the apps is now an app bar that shows up only when you need it. In Outlook, you’ll now be able to delete messages from your inbox by swiping each entry to the left.

With the rise of hybrid laptop-tablet devices, Microsoft wants to make it easier to switch between either mode. The system will detect if you’ve plugged in a keyboard or mouse and switch modes for more convenient interaction.

Windows 10 will provide a new way to look at all your notifications in one place. The Action Center appears to replace the Charms menu that slides in from the right on Windows 8 devices. It collects alerts from your device from all your apps, similar to the notifications drawers in iOS and Android.

Instead of having two apps to control your device settings in Control Panel and PC Settings, Microsoft is making things less confusing by bringing them together in one. You’ll be able to manage your device from one place instead of hunting for a specific menu.

How to activate Windows 10?

Windows 10 activation is pretty simple. There are many ways by which you can activate Windows 10 . Either you can buy the genuine windows 10 product keys for the internet or retailer. Or you can go out for the free windows activation keys.

When you get the working windows 10 product keys then you need to simply update the key in the windows activator.

Follow the step below to activate windows 10 using product keys:

Enter a valid product key and Windows should activate after verification over the Internet.